Make Your Own Chestnut Flour from Whole Chestnuts

Chestnut flour has history. Different varieties of chestnuts grow throughout the temperate zone, and many cultures have made use of the nut as a food source. In North America, Native Americans made flour from the dried nuts and ate the whole nuts as vegetables. (That was before the chestnut blight almost eradicated our native chestnut.) In Europe, chestnut flour was generally considered a famine food, a poor person’s substitute for wheat flour

Chestnuts are high in carbohydrates, low in fats, and have no cholesterol. Since the lack of gluten means that chestnut flour won’t rise like regular flour, try using it in flat applications, like crepes, polenta, pasta, and pancakes. It can also be substituted for up to 20% of the regular flour in a recipe to add a light sweetness to baked goods, 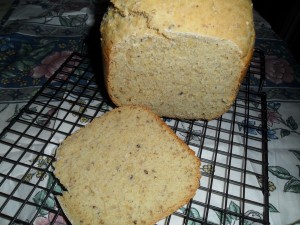 Besan Flour made from roasted Chickpeas