Reuter A lionfish is pictured in the waters near Miami Florida, in this undated photograph released on Decemb 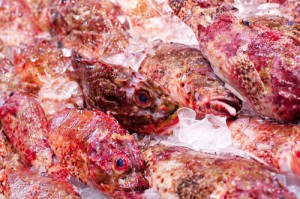 MIAMI(Reuters) Florida marine conservationists have come up with a simple recipe for fighting the invading lionfish that is gobbling up local reef life — eat them.

The Key Largo-based REEF conservation organization has just released “The Lionfish Cookbook,” a collection of 45 recipes which is the group’s latest strategy to counter an invasion of the non-native reddish brown-striped fish in Florida waters.

Red lionfish, a prickly predator armed with flaring venomous spines like a lion’s mane that give them their name, are native to the South Pacific, Indian Ocean and Red Sea.

With few natural predators, they have been rapidly expanding in Caribbean and Atlantic waters, voraciously preying on local fish, shrimp and crab populations across the region and in Florida, which has world-famous coral reefs.

Some scientists are now listing the invasive lionfish species among the top 15 threats to global biodiversity.

While REEF has organized local fishing “derbies” to hunt the lionfish, including handling tips and tasting sessions, Akins said making humans the invading species’ top predator was the best way to fight back against the threat it posed.

“Fishermen and divers realize it’s a danger to our native marine life, through its predation. But there really aren’t government funds to provide bounties or removal programs. So creating a demand for the fish, a market for the fish, is in effect a de facto bounty,” he told Reuters.

U.S government researchers believe the red lionfish was introduced into Florida waters during Hurricane Andrew in 1992 when an aquarium broke and at least six fish spilled into Miami’s Biscayne Bay. 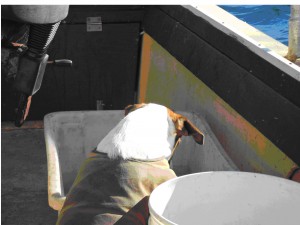